Five generations and 130 years after William Anderson started supplying consumables to the fledgling mines around Johannesburg in 1892, Transvaal Rubber Group (Truco) today stands as one of Africa's biggest suppliers of hose products, conveyor belts, rubber sheeting, fenders and fittings. The gruop of company now comprises 4 local subsidiaries, a growing African footprint that includes a branch in Dakar, Senegal, as well as an international office in Mauritius, and consists of  7 500+ m2 of manufacturing space; with over 360 employees. Truco has maintained its values as a family business. Our high focus on solving customer problems; unmatched service agility; and focus on high-quality, competitively priced solutions still mirror the ethos that the company was built around during earlier times. And as we celebrate our 130th birthday, we look back on the extraordinary journey from a small, pioneering general mining consumables supplier to one of the continent's leading players in industrial rubber products. 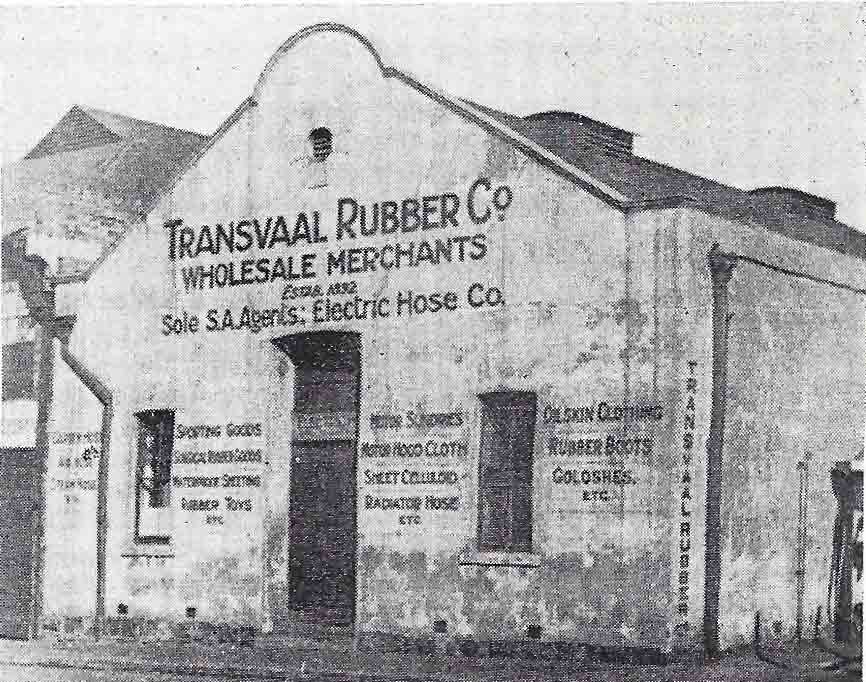 William Anderson founded the business in 1892, selling consumables used on the Johannesburg mines: hammers, chisels, pickaxes, and other tools. A small component of this business was based around the supply of PPE items such as knee and hip guards and belt pouches; items made of textile reinforced rubber.

This rubber segment of the business would become the sole focus of the company under William's son John Anderson from 1906. The locally manufactured product line was expanded to include items such as raincoats, while also introducing a range of mining hoses that were imported by what was then the biggest hose manufacturer in the USA, The Electric Hose & Rubber Company.

In 1929, John's son Roy took over the business, expanding its rubber clothing component through numerous investments including a company called Weatherproof South Africa, a raincoat manufacturing plant in Port Elizabeth, which supplied raincoats to municipalities and the military; a sports company called TRC Sports (then the largest sports company in the country); a sports shoe manufacturing factory in Durban, Natal. 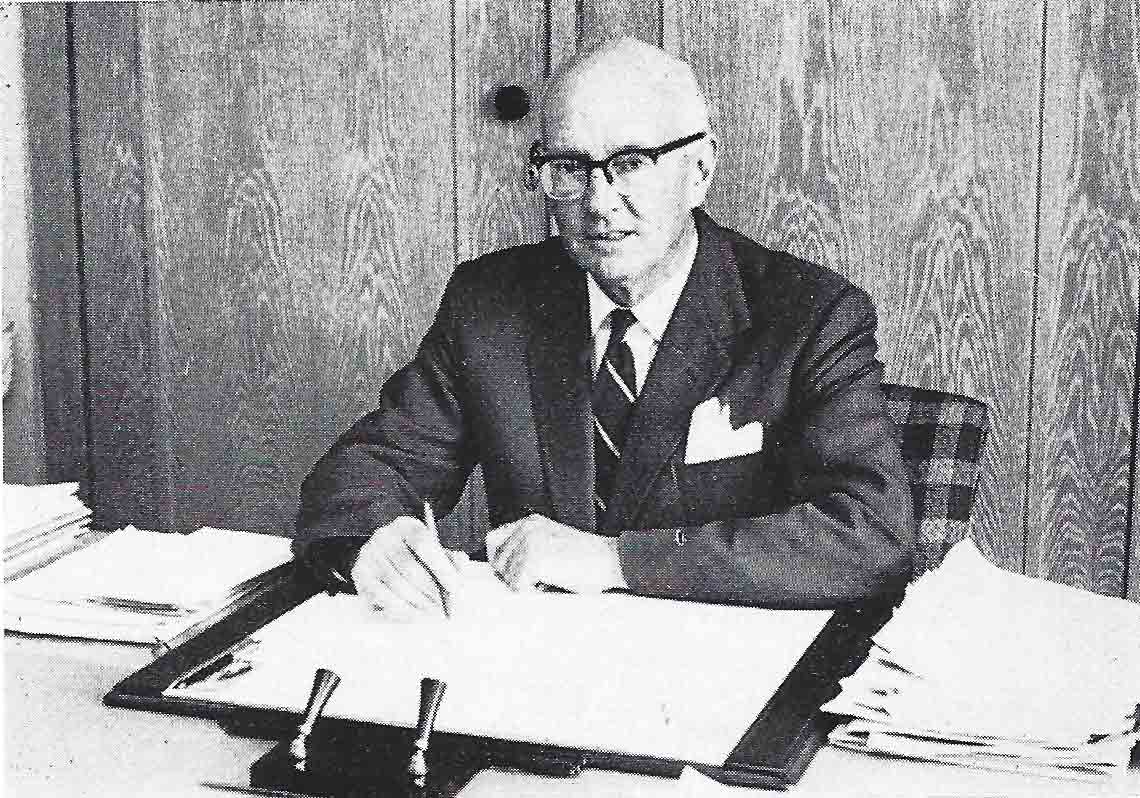 This was the Truco that current chairman Mike Anderson took over as Managing Director in the mid-1970s, having joined the company just a few years earlier in 1969: a rubber specialist business with a wide and diverse product portfolio across industry and sports and apparel wholesaling.

By the mid-1980s though, amid a rapidly changing wholesale environment in South Africa, with the rise of large supermarket retailers across the country, and challenging macro-economic circumstances, Mike Anderson re-invented Truco as a mining and industrial products specialist provider, driven by its small and large bore hose, rubber sheeting and a growing conveyor belt product offering.

It purchased a hose manufacturing business, Repol Rubber Company, in Krugersdorp in 1990 that would allow the company to begin manufacturing its own rubber hose. Soon, Truco introduced steel cord reinforcing into its hose, allowing the manufacturer to offer mining hose according to international working standards. The result of this was a host of projects in hose-intensive mineral sands pumping operations, the beginning of an industrial association that today sees Truco as the hose supplier of most mining projects in Africa. 27 years after Truco purchased Repol, this Krugersdorp factory is now the manufacturing hub for over half of all mining and industrial hoses used in South Africa.

In the 1980s the Truco KZN branch was opened to serve the industrial, marine and mining requirements of Durban and the KwaZulu-Natal region. We opened our Cape Town branch in partnership with Randal Dicke, a marine engineer, in 1994 - Table Bay Rubber Company - which now supplies Truco products including fenders to the local marine industry.

Mike brought Roger Tait into the business as Managing Director in 1997, bringing a level of business, financial and marketing acumen that was an excellent addition to Mike's engineering and strong technical background. Roger's professionalism was able to take the business to new heights.

In 2005, Truco secured SANS (then SABS) accreditation for the plied and speciality conveyor belts. Truco had had a notable presence in the conveyor belt market prior to this - as agents for ContiTech of Germany, it had supplied a number of big projects, including what was at the time the biggest conveyor belt in the world to Phalaborwa Mine - but its SANS-accredited range optimised its ability to provide competitive, high-quality solutions to key markets. With a complete belting portfolio that also includes ancillary products and accessories such as idlers, rollers, skirting and lagging, Truco is now among the four largest conveyor belt suppliers in South Africa.

The most recent addition to the Truco product line is its range of pipe and hose fittings. As an agent for Victaulic, Dixon Quick Couplings, Straub and most recently Norma, Truco now literally offers end-to-end hose solutions for mining and industry.

In 2019, Truco expanded its African footprint through the establishment of its first branch outside of South Africa: Truco Senegal, a sales and service centre in Dakar that stockmeets the needs of all of it’s customers in the West African region. This branch is seen as the springboard for increasing the company's presence in North and West Africa.

Africa is a business environment that Truco understands and thrives in, with both a product base and a technical expertise developed to meet the operational and market realities of the continent's mining, agricultural and industrial operations. Truco's African install base spans the entire continent.operations today span all northern, eastern, southern, western and central hemispheres.

From celebrating its 125th birthday at the end of 2017, to celebrating its 130th birthday in 2022 Truco has continued to grow it’s offering to it’s clients, with a new international office in Mauritius allowing customers in Africa, the Americas, Europe and Australia to be serviced seamlessly from one location, new Stainless Steel Braided hose factory, development of a state-of the art rubber testing lab, called Trulab, and the addition of value adding hose, conveyor belting and rubber sheeting products, allowing a more complete customer offering.

At 130 years old, Truco is amongst the less than 1% of all businesses that has made it to a fifth-generation family concern. At the same time, we acknowledged the collective responsibility that falls on all our employees to continue and grow the legacy of success that has defined the company from the beginning. To do that, we'll continue to strive to maintain the family values that have seen Truco emerge as a trusted supplier of high-quality, competitively priced industrial rubber solutions in Africa. 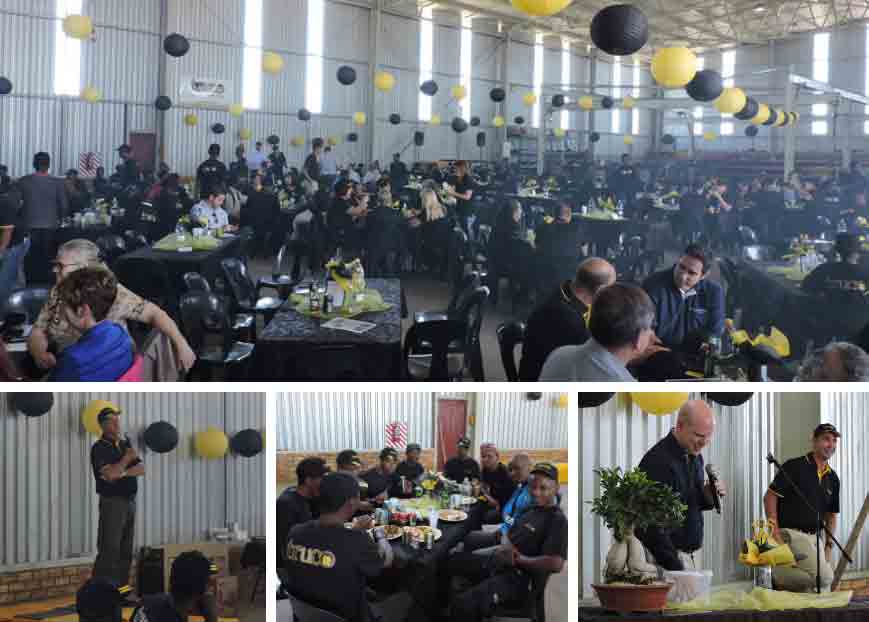